What’s one of the 8 Wonders of the World in Africa? The answer is thunderous Victoria Falls (or Mosi-oa-Tunya or ‘The Smoke That Thunders’) on the border between Zimbabwe and Zambia.

Naturally Victoria Falls was on the list of things to see when I planned my big trip to Africa.

I mean, come on! It is one of the 8 natural wonders of the world and my own local Niagara Falls is a must-see local destination near my home.

Lucky for me, I have family living in Livingstone which is just 10 minutes away from Victoria Falls!

I couldn’t pass up an opportunity to visit this magical place in Africa and visit one of my very favorite family members. I first met my Mom’s cousin, Dawn, in Wales. That’s a long story. My Grandfather is Welsh and Dawn is the daughter of my favorite Great Aunt: Elsie. Elsie was a spitfire and I stayed with her every time I visited Wales.

Naturally, when I realized that Dawn now lived in Zambia, it was a no-brainer. Visiting Zambia and Dawn was now part of my big African Adventure and I really wanted to see the real Livingstone Zambia and get off the beaten path.

One perk of staying with someone when traveling is not having to do a ton of research about that area.

It saved me a ton of time prior to the trip and I was able to focus my energy on getting my flights for free instead.

Because I already knew and traveled with Dawn, I knew that she would be honest about what she thought I should see and do in her town.

Let’s just say that we are very similar… blatantly honest.

On my travels, I did end up hiking the entire thing. I hiked all of the trails on both the Zambia and Zimbabwe sides of Victoria Falls and will blog about that and my review later on down the road.

–> If you are heading over soon, just leave a comment and I’ll get to it faster ;-).

Dawn was awesome and set up my different excursions for me, as she runs a motel in Livingstone.

I had zero desire to bungee jump Victoria Falls, so I did a Microlight flight over the falls instead.

Oh man, it was scary and yet the BEST way to really see Victoria Falls.

So what to see in Livingstone that isn't the Falls??

Interestingly, the best thing I did in Livingstone, Zambia for tourism wasn’t seeing Victoria Falls. It was something completely off the beaten path and something I would have never known about if it hadn’t been for my cousin Dawn.

Thanks to Facebook, she knew that I like to bike around my area, so she connected me with a cycle tour of Livingstone which is a fundraiser for a school. YES, PLEASE!

It was amazing. The tour guide brought me a bike and picked me up at 8 am and we were off. Together, we cycled through all of the various neighborhoods in Livingstone and he described life and work in each area.

This Livingstone Zambia cycle tour was fascinating as well as eye opening. I LOVED it.

My guide discussed how people pay for their homes, what their day to day lives are like and threw in a little history and politics of Zambia after Colonial rule.

There were a lot of little kids that ran after us to meet me and say good morning. The kids were enthralled with my sunglasses, since they could see their reflections. Even though they probably hadn’t eaten breakfast, they were so friendly and wanted to shake my hand and welcome me.

My biggest regret from the trip is not taking photos of the kids. I suppose I didn’t want to be yet another tourist who was exploiting the locals or something. I was also hella hungover. ugh.

It was pretty cool to learn about living in Zambia and discussing racial topics, which had dominated my travels throughout Africa.

He explained to me that unlike neighboring Zimbabwe, Zambia had decent Presidents after they left Colonial rule and basically adopted the “well, we tried it your way and it didn’t work. no hard feelings” mentality. Because of that national stance, I felt very safe and welcome in Zambia as well.

Indeed, it felt the least racially tense country that I visited. Especially compared to America.

People all say Hello when you are walking down the street and even the street vendors are very polite.

Aside for paying more than the locals for things, I never got the sense that the color of my skin was an issue.

Another notable thing I learned on the cycle tour of Livingstone was that the poor have designated areas where they are free to build their own dwelling and the government installs fresh water for the area.
That live and let live attitude is something that really struck me, as just before my trip, my own city of Rochester NY bulldozed a homeless area here ON CHRISTMAS DAY. So, it really impacted me that they are not only allowed to build and live in one specific area, but the government puts in water (and electric if it was ever needed) for these poorest of poor.
Also interesting was learning how they build their homes, how they deter Elephants from crashing through their homes and the natural fencing/shrubs that delineate each home.

What to see and do in Livingstone Zambia

After biking through all the different income levels of neighborhoods, I met local women who dig out rocks from a quarry all day long and crush the stones. They earn around $1 for every wheel barrel full of gravel they create. A very very tough life.
One woman I met was 93 years old and has been doing this her entire life. She was the sweetest little lady and again I wish I captured her portrait. My guide told me that she gets annoyed in the winter when the days are shorter because she can’t work as long.
Wow. There are no words for that level of work ethic based solely on the need to survive each day.
Again I compared this scenario with America and was sad and disappointed for my home country. Immediately I realized that if this was happening in America, it would quickly become a corporate quarry and these people would not be hired for the job.
and then… just as we came out on the highway to head back…. I see my guide looking for something. Searching the side of the road, signaling to me to slow down and get ready to pull off to the side.
Then, I hear the most startling sound!

Woah, the sound an angry elephant makes with it’s trunk is hard to describe. It was about as loud as an emergency siren. It was so shocking to hear and then, we see in the distance behind us a few elephants trying to cross the road.
FOR REAL. THIS HAPPENED.

What I wouldn’t give to have had my zoom lens on me.

My guide was VERY clear that I stay very still and quiet while they settled to the other side of the road and went on their way.

It was surreal to say the least.

Earn 50,000 bonus miles with United Explorer Card. I can be rewarded too if you apply here and are approved for the card. Learn more here.
{affiliate link}

The market in Livingstone Zambia

After the elephant excitement we took a trip through the local market where my guide explained all sorts of items for sale and how they are used in every day life.

I learned that pregnant women eat rocks for magnesium and other minerals as a form of prenatal vitamins.

Travel Hacking 101: exploring your own backyard

The last stop on the tour was going through my guide’s neighborhood, past the sewage plant and on to tour the school that my fee was helping to fund. The head of the school explained his mission and showed me the classrooms for all of the ages of children that attend.
The Cowboy Cycle Tour of Livingstone was the best $25 i’ve ever spent in my life. If you ever have the opportunity to do something like this, take it. It was absolutely the best thing I did in Livingstone and the most memorable part of my African adventure.

Victoria Falls is always in view...

A perfect day trip in Livingstone

Have you been to Livingstone or Zambia? What did you do while you were there?

I cannot thank my cousin Dawn enough for setting up the Livingstone Zambia Cowboy Cycle Tour for me. It was an adventure that I will never forget.

What’s the best off the beaten path experience you have had while traveling?? Share with us… 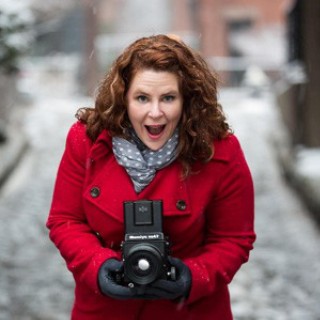